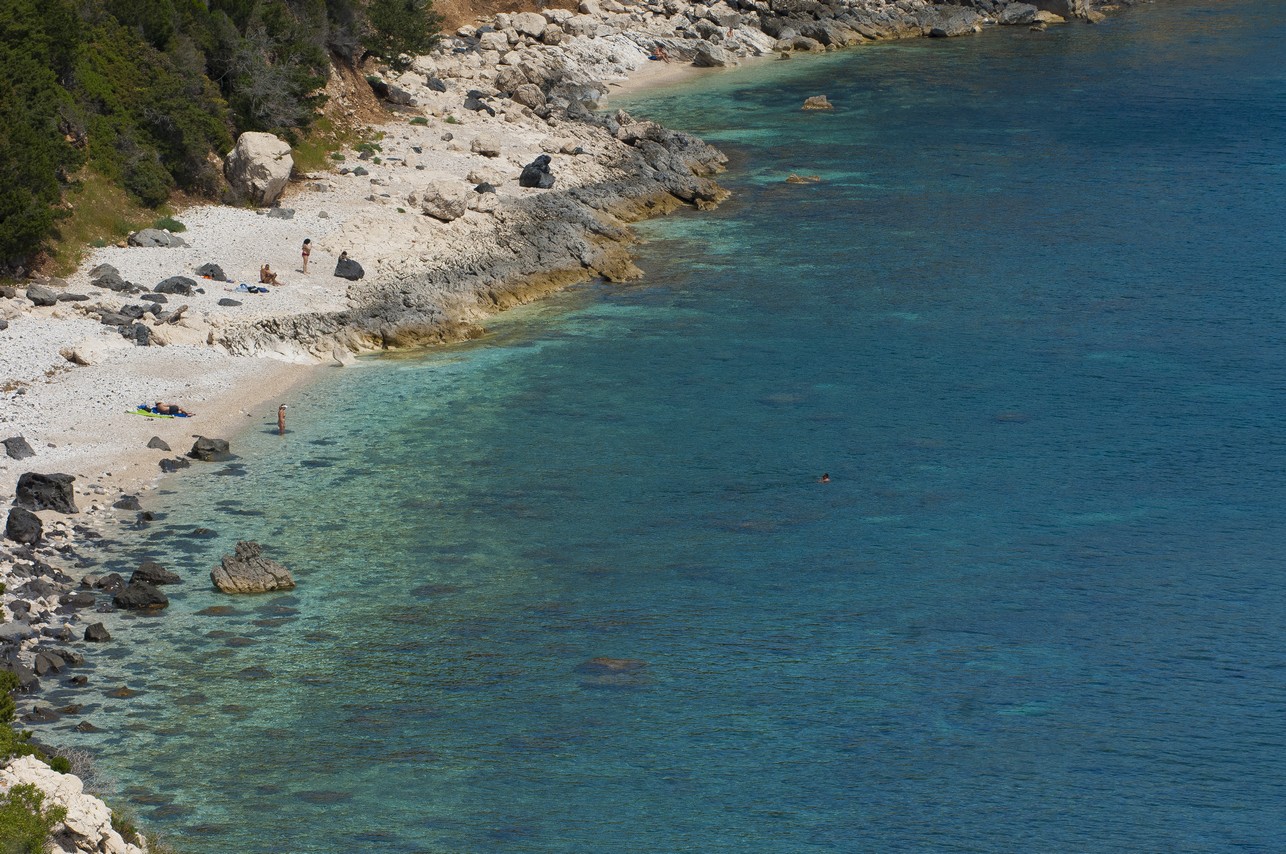 The beach of Ziu Martine, also known as Cala Ziu Martine, is a cove located in the area of Cala Gonone, in the municipality of Dorgali, in the eastern part of the Sardinian coast in the province of Nuoro, and is enclosed within the wonderful Park National Gulf of Orosei and Gennargentu . This beach can be reached either by sea or by land, starting from the town of Cala Gonone, through a road that winds for about 3 kilometers and which offers breathtaking views that show all the beauty of the gulf, crossing lush vegetation and shrubs of the bush Mediterranean, where the aromas of myrtle and lentisk prevail. From here you can access a small rest area where you can park your car and continue on foot along a short dirt path until you reach a stairway that leads to the beach. The spectacle that presents itself to the eyes of the tourist is worth walking a little on foot: the clear water with the shallow water invites you to dive into a cool restorative bath and enjoy a well-deserved rest. The beach of Ziu Martine is a thin strip of sand about 300 meters long, very famous for its crystal clear waters, with iridescent colors from green to intense blue, and, with its mixed sand and rock bottom, is among the places most frequented by lovers of snorkeling and scuba diving, given the presence of abundant marine life, and due to the shallow seabed that slopes gently it is suitable for tourism of families with children. The beach is composed of light sand, light and dark polished pebbles and dark volcanic rock . To bathe more safely we recommend the use of special rubber shoes for rocks, and to lie in the sun it is useful to use mats or mattresses under the towels, given the presence of pebbles. Given the absolute tranquility and privacy of the area, the cove of Ziu Martine is never too crowded, and is considered one of the destinations chosen by those who prefer a totally relaxing holiday in Sardinia. The resort, as well as by sea and water sports enthusiasts, is also very popular with free climbing enthusiasts, as the beach is surrounded by a jagged rocky ridge. Along the coastline of this beach there are a number of sea caves where you can swim and explore.