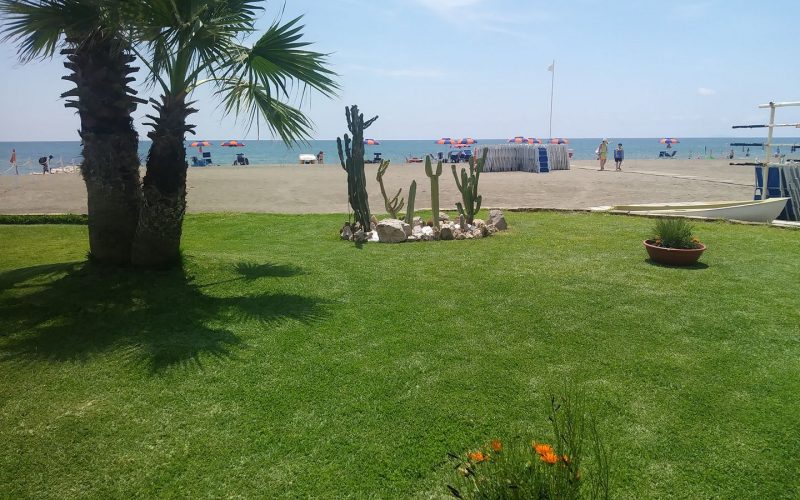 The Riva del Sisto beach is located within the municipality of Terracina, in the province of Latina, on the southern coast of Lazio, and at the mouth of the river Sisto in the direction of San Felice Circeo. The beach is framed in the beautiful Gulf of Circeo, in front of the splendid Pontine islands, on the Riviera of Ulysses. END_OF_DOCUMENT_TOKEN_TO_BE_REPLACED

It is a wide and wide beach composed of thin golden-colored sand, with a crystalline sea in shades of emerald green and a sandy and shallow bottom that slopes gently, making it suitable for families with children and for less experienced swimmers.

Most of the beach is a free beach, but there are several small beaches equipped with the possibility of renting sunbeds and umbrellas, and bars and restaurants on the beach.

This area is very popular with scuba diving and snorkeling enthusiasts, due to the presence of numerous underwater caves, dug by the erosive action of the waves.

On the very top of Terracina is the Tempio di Giove Anxur, an ancient Roman temple very well preserved, which overlooks the whole gulf of Circeo.

From the tourist port of Circeo, situated in the immediate vicinity of the beach of Riva del Sisto, you can reach the Pontine islands in a short time with ferries or hydrofoils or participate in regular boat trips organized during the summer months.

The city of Terracina offers its guests a vast artistic and cultural heritage, beautiful landscapes inland and on the sea, as well as all the sea-related entertainment during the day and the nightlife during the evening and night.

Riva del Sisto can be reached by taking the 148 Pontina state road, exiting at km 101 towards San Vito / San Felice Circeo, and following the signs for the International Camping Circeo, located just over a kilometer.