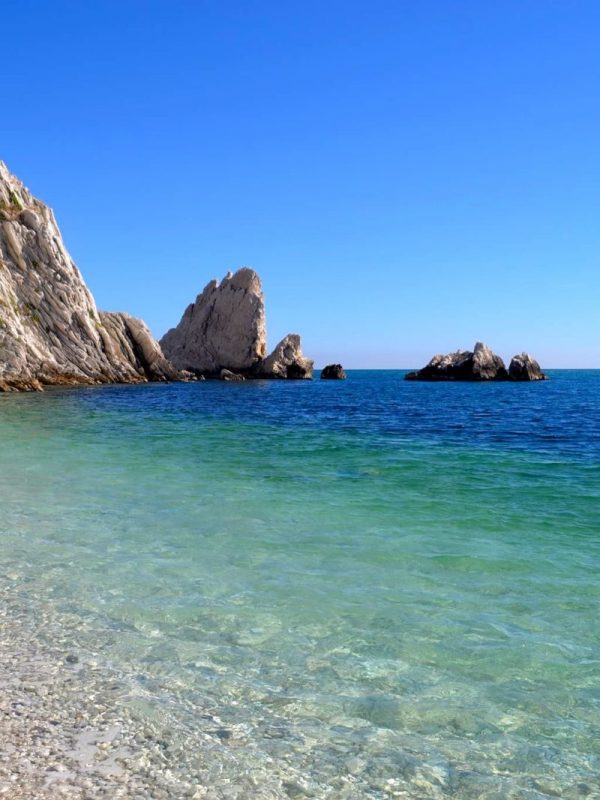 Locations, and beaches, which have won for several consecutive years

How many times have you heard slogans like: "It's been a Blue Flag beach town for so many years!", So many, no? But how many times have you heard: Is it a seaside resort since TOT consecutive years? Very few. This is because it can happen, it happened again this year, that maybe some seaside resort does not respect some of the 32 fundamental requisites for the assignment of the Blue Flags by the FEE ( Foundation for Environmental Education ) and consequently lose it. We reveal a secret to you: many seaside resorts that have massacred Blue Flags often have not won them year after year. Since 1987 the prize has been established: maybe sometimes they have not paid attention to the cleaning of beaches and sea, they have not been noticed to the accessibility or the proper maintenance to the services of water purification had not been done, all factors that risk of losing the Blue Flag. Trovaspiagge.it editors wanted to do a targeted research: to find the seaside resorts, and the related Italian beaches, which have conquered the highest number of Blue Flags for consecutive years . To these places a particular applause goes because to maintain high the banner of the FEE (to discover the winners of this year we recommend the reading of our article: Italian beaches: Blue Flag 2018 ) for so many consecutive years is both a statistical record and a demonstration of competence, efficiency and organization to be taken as an example. We have compiled a list of the ten Italian seaside resorts that have won the Blue Flags for several consecutive years. The information for the writing of this article has been found on the net thanks to Mr Google, so let's bear witness to the results of the local and national newspapers that reported these data. Pay attention: some of these seaside resorts have also won a higher number of blue flags but we have only taken into consideration the consecutive ones!

As you all know: on the site trovaspiagge.it you can leave reviews about Italian beaches to tell about your travel experience or simply to alert other visitors about the actual state of the beach in question. It makes us smile, of a bitter smile, that the city of Grado is one of the worst of those reviewed on our portal (on the date of writing this article, June 2018, it has the average of 1 star), yet it is the one that receives from most number of consecutive years the Blue Flag of the FEE . Ironic, can't you find? Perhaps the FEE should be advised to add as a parameter also the approval of the public in the famous 32 requisites for the assignment. Controversy aside: Grado is a seaside resort, and a beach, suitable for families with children thanks to its shallow waters (in fact it has also received the Green Flag by the Italian Paediatricians Association assigned to child-friendly beaches); it also offers numerous entertainments and entertainment for tourists of all ages and backgrounds and is totally accessible to people with physical disabilities. Icing on the cake: it also has a dog beach proving dog-friendly (Lido di Fido).

Leave a review of Grado beach too

The second seaside resort to win the Blue Flag for several consecutive years, 29 to be precise, is Moneglia in Liguria. The beach of Moneglia is much smaller in size than that of Grado, but it is one of the few beaches in Liguria to have a fine-grained sand composition and this means that it is frequented above all by families with children who can play on the shore in peace .

Leave a review for yourself at Moneglia beach

Bronze medal for Blackboard with its Blue Flags for twenty-six consecutive years. This seaside town is also located in Liguria and is a municipality in the metropolitan city of Genoa. It has a sandy shore mixed with pebbles of a grayish color and is rich in services and accommodation suitable for tourists of all ages and backgrounds.

Leave a review of Lavagna beach too

Silver wedding for Sirolo with its Blue Flags for twenty-five consecutive years! The small town of the Marche region, located within the Conero Riviera, is one of the most popular and organized – from the receptive point of view – of the Marche region. It offers pebble and white-colored pebble beaches set in the wild vegetation and bathed by a marvelous sea with an iridescent color ranging from turquoise to cobalt blue.

Leave a review of Sirolo beach too

Menfi, in Sicily, Tortoreto Lido, in Abruzzo, and Vada, in Tuscany, win the fifth position of the beach resorts with the highest number of FEE Blue Flags won consecutively: twenty-one years in a row! The first, Menfi, has a sandy beach of golden color with some pebbly stretches (the Lido Bertolino beach for example). It offers entertainment and entertainment for tourists of all ages and backgrounds and has also received the Green Flag for beaches suitable for children.

Leave your review at Menfi beach

The same goes for Tortoreto Lido on the Adriatic Riviera: Blue Flag for twenty-one consecutive years and Green Flag which makes it suitable for children. Tortoreto Lido is a small town in Abruzzo that in recent years has been establishing itself as one of the best national seaside tourism.

Leave your review at the beach of Tortoreto Lido

Go, despite the controversy, has won the Blue Flag for twenty-one consecutive years. Controversy because every year we read of its White Beaches that have this color thanks to the waste from the processing of baking soda produced at nearby Rosignano Solvay. However, it remains a Tuscan seaside resort of high attendance that fascinates with its sand dunes and offers numerous services and accommodations for all budgets.

Leave your review at Vada Beach

Another record of Blue Flags for consecutive years of winning are two of the seaside resorts on the Adriatic Coast: San Salvo Marina, in Abruzzo and Grottammare, in the Marche region. San Salvo Marina is a small jewel of the Abruzzo region. Located south of Vasto, near the mouth of the Trigno, right on the border with Molise. The beach is narrow and long and composed of light colored sand and fine grain size. The sea has a wonderful color that goes from the turquoise of the shore to the cobalt blue of the open sea. Place of peace and relaxation where you can spend your summer holidays with the whole family.

Leave your review at the San Salvo Marina beach

With respect to San Salvo Marina there is Grottammare, in the Marche region. A small jewel of the Riviera delle Palme with its wide beaches of fine sand and very low seabeds that allow inexperienced swimmers to bathe in tranquility. Especially chosen by families with children: Grottammare is one of the most beautiful and full of services beach resorts in the area. To signal the presence of a free and equipped dog-beach where our four-legged friends can have fun with the whole family.

Leave your review at Grottammare beach

The last Italian seaside resort on our list to have received the highest number of consecutive Blue Flags by the FEE is Follonica, in the province of Grosseto (Tuscany). This small town offers the tourist many beaches of golden sand with a high presence of free stretches, even for our four-legged friends. Yes, because Follonica has a wonderful, completely free Dog-Beach where our dogs can stay both on the beach and swim in the sea with us. Rich in pedestrian areas and useful services for tourists: Follonica is one of the busiest in the Maremma, imposing itself among the most loved in Tuscany by families because its beaches are totally child-friendly. On Sunday 1 July, the celebration of the 19th Blue Flavonic Flag takes place, where the banner will be raised on the flagpole in Piazza a Mare (opposite the Torre Azzurra skyscraper and the recent Ferris wheel).

Leave your review at Follonica beach