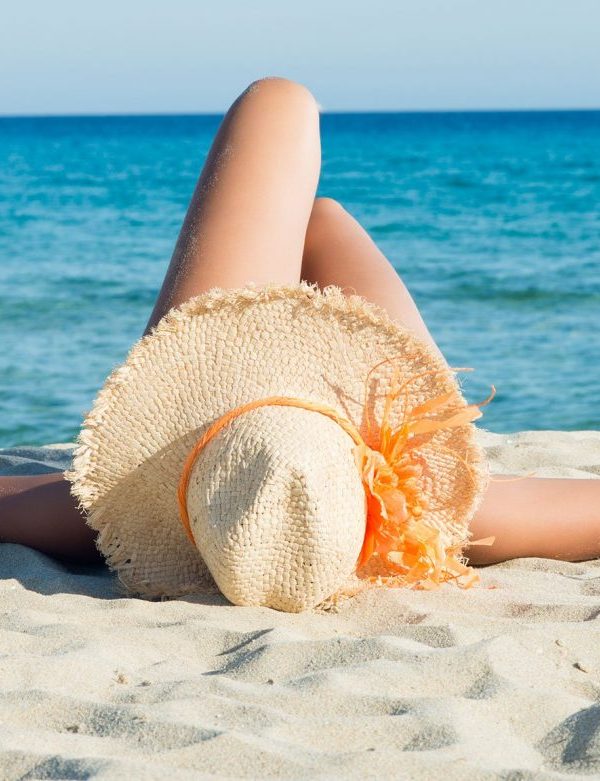 Nudist beaches: the most famous in Italy

Nudist beaches in Italy, five of the most famous Italian beaches where it is possible to practice naturism.

Five Italian beaches where you can practice naturism

Whether you follow a lifestyle in complete harmony with nature ( naturism ) or simply want to enjoy a day at the beach without the "constraints" of the bathing suit ( nudism ), you need to know exactly where you can go to not run into unpleasant fines or unpleasant discussions with textiles, that is: those who usually wear swimsuits on the beach. In Italy there are some nudist beaches, also famous internationally for the practice of naturism, where there is no risk of being fined.

The Arenauta di Gaeta was one of the first nudist beaches in Lazio. It has been so since the second half of the seventies, when it could only be reached from the sea or through impervious and steep paths. Even today, despite the opening of connecting roads that allow easier access, it remains one of the most spontaneous and wild places in the area. Between fine and golden sand and its crystalline and transparent sea, the Arenauta beach can be considered a small corner of paradise. It is no coincidence that it has been repeatedly awarded the prestigious Blue Flag by the Foundation for environmental education . Being a long beach, it is divided according to the names of the beaches that overlook it. And it is precisely in the southernmost part, where the rocky wall behind it returns, creating a loop, which is a large dune about one hundred meters wide. The part in front of the large dune is the area dedicated to naturists. Although not explicitly authorized, this portion of the beach (dubbed the 300 steps beach ) is the subject of interest from naturist associations such as Uni Lazio and the Arenauta Defense Committee and is recognized by the local population and the Pro Loco as an area for naturist use . It is important, however, to identify well the nudist portion of the beach, both for mutual respect with textile neighbors and to avoid occupying the forbidden part due to the fall of rocks, well outlined by warning signs.

The beach is located along the Costa dei Trabocchi, in the province of Chieti, in Abruzzo. Its name, Morge, is a dialectal form of Abruzzo that means rock, rock, rock . Its shore is in fact composed of large pebbles, while breakwater barriers characterize the stretch of sea in front of the area. You can also note the presence of a large rock, the Scoglione, once located at sea and connected to the beach by a tombolo, which years and tides have led to join completely with the coast. The stretch of beach authorized since 2014, with a resolution by the municipality of Torino di Sangro at the request of the Abruzzese Naturist association, for the naturist practice, is located a few hundred meters north of the homonymous trabocco, indicated by special signage and extends for about 200 meters. Le Morge beach is one of the most characteristic and wild of the Costa dei Trabocchi and is visited every year by thousands of tourists, naturists and not.

The beach of Porto Ferro, located in the municipality of Sassari but is only twenty kilometers from Alghero, and is officially the first nudist beach of Sardinia with the regional law of July 2018. To be recognized this right is the northernmost area of the beach, the one between the two coves with smaller, more isolated beaches located between Torre Bianca and Torre Negra, called precisely: Calette di Porto Ferro . A show to be experienced, the beach is made up of fine grains with a particular amber color, sometimes reddish, which mixes with shells and a clear sea with shades from green to blue. The entire coastal area of Porto Ferro has been awarded the Blue Flag since 2016.

The beach of Guvano is located a few kilometers from the characteristic village of Corniglia, in the municipality of Vernazza, in Liguria. It is considered one of the most beautiful beaches of the Cinque Terre and is a famous destination for lovers of naturism since the 70s of the last century. The beach is formed by sand and pebbles that extends over a crescent-shaped coast, surrounded by the jagged profile typical of this area of Liguria. The sea is crystalline, turquoise and with a rocky bottom. Guvano beach can be easily reached from Corniglia station, crossing a former railway tunnel given in concession to private individuals. Its secluded and absolutely uncontaminated context distinguishes it as one of the nudist beaches par excellence and naturist groups that refer to ANITA., An association that aims to spread the love for Nature and for nudism on the national territory , organize gatherings naturists on the beach.

The Spiaggia del Troncone is located in Marina di Camerota, in the southernmost stretch of the Campania region, in the province of Salerno, near the renowned and well-known Palinuro . The stretch of naturist beach has about 400 meters and is hidden by a rocky ridge that shelters it from the road and is divided into three coves. The first, coming from the parking lot, is certainly the smallest, the second is medium-sized, while the third, reachable along the shoreline when the sea is calm, can easily accommodate more than 150 people. Its sandy shore is made up of pebbles and pebbles mixed with coarse sand, the water is extremely clear and transparent. Usability as a naturist beach is guaranteed by the municipal authorization since 2011.