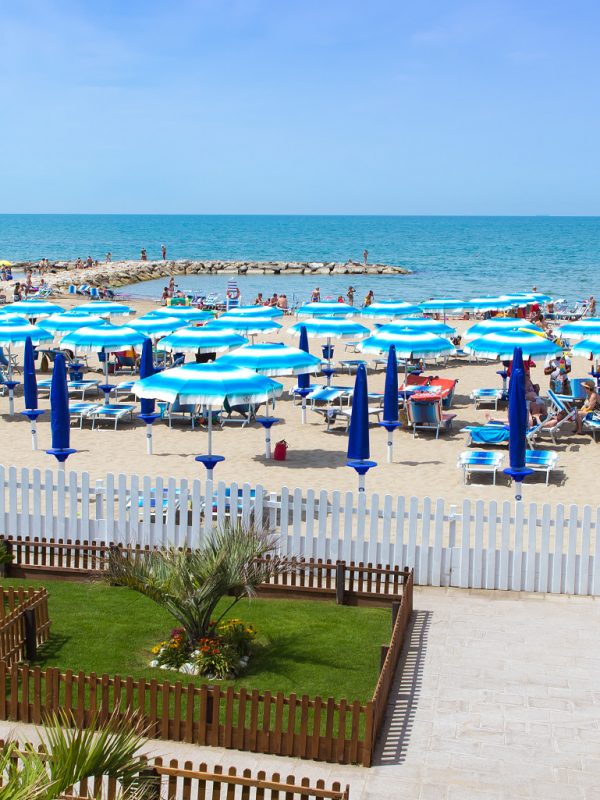 Discovering the Lazio beaches: the beaches of Anzio

Anzio, one of the most popular seaside resorts on the Roman coast, has managed to regain the Blue Flag that it lost last year. Let's find out more about Anzio and its seven winning beaches.

About 60 kilometers from Rome, Anzio is one of the richest in history and charm of the entire Roman countryside. The city in summer becomes the meeting point for tourists of all ages, from young people to families with children, ensuring fun and relaxation for all tastes. Its history begins since the time of the Volsci, great enemies of the Romans and the victory that the latter obtained in 338 BC made Antium (which at the time included the territory of Anzio and Nettuno) the oldest Roman colony. Its historical importance, as a seaport and as a seaside resort chosen by many emperors and prominent figures, is still clearly visible in the archaeological areas where you can admire the remains of splendid Roman villas. The best known is the Villa Imperiale (better known as Villa di Nerone) which extended over the Capo d'Anzio, along a coastal strip of about 800 meters to the west, up to the Capo dell'Arco Muto . Among the most famous beaches of Anzio there is the beach of the Caves of Nerone, a small strip of sand particularly appreciated for the context in which it is found. The tourist port of the Lazio town is still renowned not only for the mooring of numerous fishing boats but also because it offers a convenient connection with the Pontine islands of Ponza, Ventotene, Gavi, Zannone, Palmarola and Santo Stefano . In this context, of immense historical importance, some of the most beautiful beaches of the province of Rome arise. In particular, this year, seven Anzio beaches have been awarded with the Blue Flag, by the FEE (Foundation for environmental education), a recognition that last year they had lost but which they were able to regain by showing considerable attention to the environment.

Do you want to discover all the Italian Blue Flag beaches 2019?

Respect for the environment, and consequently for its territory, is testified by the ordinances issued for the summer of 2019 by the mayor, Candido De Angelis, who made the beaches of Anzio, and of the entire coast that falls within his territory, plastic-free and no-smoke. From 1 June you will not be able to smoke on the beaches of Anzio and you will not be able to use plastic plates and glasses (but only disposable biodegradable ones that are already on the market in most supermarkets in our country).

the Italian beaches with a summer ban 2019

From the first of June, in fact, on the Anzio beaches there will be a ban on selling and distributing products in non-biodegradable disposable containers and dishes. Furthermore, it will be forbidden to smoke in free beaches and in areas subject to naturalistic protection, such as the RNR of Tor Caldara and in public and affiliated Parks, also in order to prevent the risk of fires. Specialist areas for smokers far from umbrellas with waste containers to throw away cigarette butts and thus prevent them from being abandoned on sandy shores will be set up and delimited by beach concessionaires. One of the characteristics of the Anzio beaches is the soft sandy beach of fine-grained golden sand, crystal clear waters with sloping waters and suitable for the smallest of the house. In fact, Anzio has been awarded this year with the Green Flag by Italian pediatricians which is assigned only to beaches suitable for families with children.

Do you want to discover other beaches suitable for families with children?

Are you in Anzio and are you looking for a beach? These are those awarded with the 2019 Blue Flag:
Riviera di Ponente beach or also called Riviera Mallozzi, an area between the Grotte di Nerone and the port and where there is a stretch of beach in concession from 2014 to ASL RMH which guarantees a series of services for accessibility to the disabled; Riviera di Levante beach, also known as Riviera Zanardelli, south of the port; Marechiaro beach located between Lido delle Sirene and Anzio Colonia; Tor Caldara beach, located in Lavinio, in front of the Natural Reserve of the same name. The beach is bordered by dunes and areas of sulphurous water, with underwater springs a few meters offshore. The beach is totally free. Lido dei Pini beach, a small paradise, in the homonymous hamlet of Anzio, is characterized by dunes and pine forests where you can choose between free beach areas and others equipped with bathing establishments. Lido di Lavinio beach : also known as Lido di Enea is located in the hamlet of Lavinio; it has a soft fine sand and a gently sloping seabed suitable also for families with children. Colonia di Anzio beach : or otherwise called Anzio Colonia is a long, narrow strip of fine, golden sand located between Marechiaro and the city center. For those wishing to learn about the historical and natural beauties of this area with marked Mediterranean characteristics, guaranteed by the FEE commission, you cannot avoid enjoying a pleasant day at the beach in one of these beaches. We obviously await your opinions to share with those who would like to spend their beach holiday in Anzio. Leave a review and tell us about your experience: Spiagge Anzio .