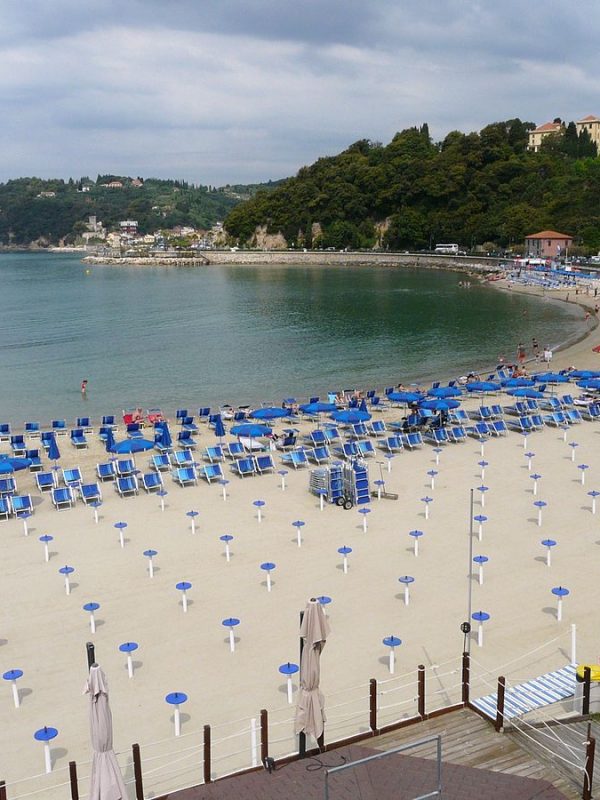 Blue Flags 2018 Liguria: which are the beaches suitable for children awarded with the Green Flag?

Where are the Green Flags of Liguria?

Since last May 7th, when FEE Italia announced the Blue Flags for the 2018 bathing season, televisions, newspapers and social networks have praised Liguria because it is the Italian region that has conquered the highest number of Blue Flags in our country ( read the complete list of Ligurian seaside resorts that have won this year at the end of the article). There are 27 Ligurian municipalities which can boast the FEE blue flag for summer 2018; among the allocation criteria there are not only the cleaning of the beach and the sea, there are a total of 32 requirements to be met and above all: environmental management (intended both as monitoring of marine habitats near the beach and as separate waste collection) . Furthermore, in order to win, the location in the running must have security and rescue services and must be accessible to all. Some Ligurian municipalities are veterans of the Blue Flag, just think of Moneglia, which has as many as 30 in its assets, of which 29 are consecutive (to find the records of the winning beaches, read the article: Record Blue Flags 2018: the most awarded Italian locations ) . It is a pity, however, that most of the awarded beaches are not totally accessible, in some there are no walkways to the shore or there are not enough Job chairs available for entry into the water. It also makes us think – from what we read from the reviews of users of our Community and from the emails that arrive in the Editorial Office – that most of the Ligurian beaches are managed by the bathing establishments and that the free beaches present are few and in some cases: lacking in cleaning and over-crowded. Despite all these perplexities, Liguria remains the Italian region that has received the highest number of Blue Flags for summer 2018. However, how many of these beach resorts are suitable for children and consequently for family tourism? To find out, we must rely on another prize from Italian beaches: the Green Flags assigned by the Italian Pediatric Association with research conducted throughout the country and commissioned by Professor Italo Farnetani . This recognition goes to all the child-friendly beaches, which offer services for families, which have sloping seabeds, which offer a beach with ample space between the umbrellas to allow the little ones of the house to play in peace and many other requirements (read more information: News Trovaspiagge 2018: the Green Flags ). The Green Flags won by Liguria are … drum roll … 4! Yes, you read that right: they are four. The Liguria region will boast of being the queen of the Blue Flags of the FEE but apparently its beaches do not have all the features required to be rewarded as suitable for children. Perhaps because not enough services are offered, or because of the depth of its seabed, or perhaps, much more simply, because it does not have many sandy beaches.

What are the Ligurian seaside resorts that were found suitable by Italian paediatricians for the awarding of the Green Flag? The four municipalities, and their beaches, Ligurian for the summer 2018 are: – Lerici (La Spezia) – Lavagna (Genoa) – Finale Ligure (Savona) – Noli (Savona)

Lerici is one of the most popular and renowned seaside resorts of Liguria, in the Gulf of Poets . It offers numerous services for its tourists as well as a wide range of accommodation facilities suitable for hosting visitors from all over the world. The beach of Lerici is the one that has received the greatest number of Green Flags in the region: it has been declared suitable for children since 2012. Sandy points and crystal clear sea are its strengths. Among the most beautiful beaches in Lerici we should mention: Fiascherino, Tellaro, Venere Azzurra and San Terenzo . Leave your review at Lerici beach

The second Ligurian seaside resort that has been awarded the Green Flag for the longest time is Finale Ligure, which has won the 2015 award for child-friendly beaches. The beach of Finale Ligure is mostly sandy, with only a few stretches of gravel and small pebbles. The beaches are mostly given in concession to the bathing establishments. Important note: the municipality of Finale Ligure is pet-friendly, in fact there is a free beach equipped for our four-legged friends. Among the most beautiful beaches in Lerici we should mention: Baia dei Saraceni and Varigotti . Leave your review at the beach of Finale Ligure

The beach of Lavagna is composed of sand mixed with pebbles. Its proximity to Genoa means that in summer it is highly frequented. It has a wide and long beach, the beach of Cavi di Lavagna is in fact one of the longest in Liguria. The Green Flag has won since 2016 and is therefore suitable for families with children. Leave your review at Lavagna beach

Located in the Riviera delle Palme, the beach of Noli has won the Green Flag since 2016. This quiet Ligurian seaside resort was born as a fishing village; some traces of the ancient past are still present like the fishermen's boats left on the shore and the typical dishes of the place based on fish. The beach is narrow and long and composed of light colored gravel. The sea is crystal clear and the seabed lends itself perfectly to scuba diving and water sports such as snorkeling . Leave your review at Noli beach