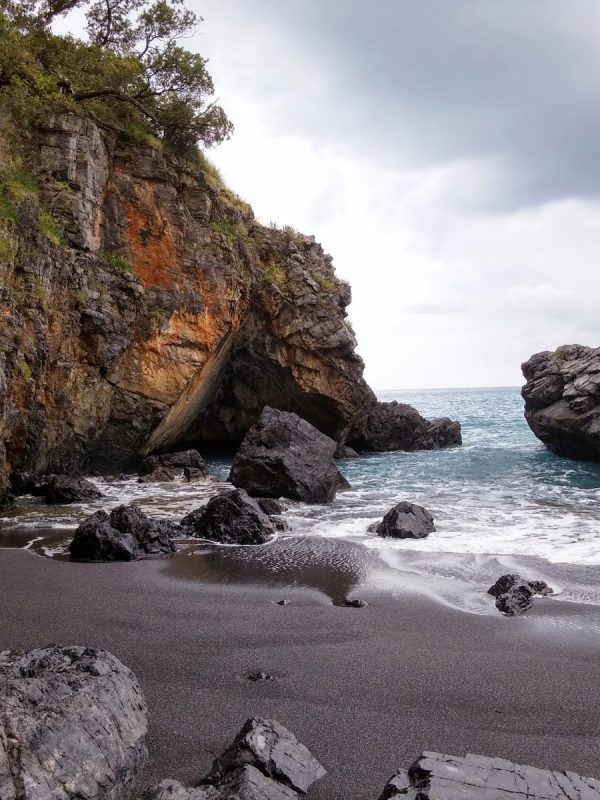 Weekend by the sea, where to go to the beach in autumn.

If you love the sea and want to organize a weekend trip on 6 and 7 October, we recommend some of the most beautiful Italian beaches to visit especially in the autumn. Let's face it: the sea, far from the summer chaos, has its own particular charm. Perhaps this is precisely the time of year when you can no longer appreciate the natural beauty of a beach because there is not much confusion on the coast and you should not argue with the neighbor of an umbrella if he makes a fuss or with groups of boys that have music at full volume.

Tell us about your summer by leaving a comment on the beach where you have been evaluating not only the natural beauty but also the cleaning of water and sandy shore.

So if you still don't have enough of the sea (as if you could stop loving it!), And you are looking for an Italian beach to spend the next weekend, here are some travel tips. We have chosen five beaches that fall into those that must be seen at least once in life, both because they are objectively "beautiful" but also, above all, because they are unusual and often chaotic in the summer months. Beach weekend: Cala Jannita beach, Maratea, Basilicata. We have included in the first place the Italian beaches that deserve to be visited in the fall: Cala Jannita, also known as the Black Beach of Maratea, because it is a wonderful beach but unfortunately high attendance and consequently during the summer it is not possible never enjoy it as you would like. In this period, at the end of the bathing season, with little turnout, you can relax and maybe take a last regenerating dive. The weather says that on Saturday it will be cloudy all day and on Sunday there will be some thunderstorms in the morning but despite the forecasts are not entirely favorable: the beach of Cala Jannita deserves to be seen even with a few drops of rain. Indeed, to make some shots and capture all its magic, it is precisely the best condition. Read more information on the beach of Cala Jannita of Maratea […]

Weekend by the sea: Scala dei Turchi beach, Realmonte, Sicily. We pass from a black beach like that of Cala Jannita to a limestone cliff, and therefore of a shiny white, like the beach of Scala dei Turchi, in Sicily. In this stretch of coast the beach, in the literal sense of the word, is small; it is therefore considered to be highly frequented since it was stormed in the summer months by tourists of all ages and backgrounds. Scala dei Turchi of Realmonte is famous because it leaves the visitors breathless on the west coast of Sicily to admire it. It is a real large scale limestone completely terraced and on which you can lie down to sunbathe. At this time of the year it should not be very crowded and you can therefore spend a relaxing day. Yes, the weather forecast suggests taking an umbrella on Saturday, but Sunday 7 October will be sunny all day with a maximum temperature of 22 degrees. Read more information on the beach of Scala dei Turchi in Realmonte […]   Weekend by the sea: Arco Magno beach, San Nicola Arcella, Calabria. Another particularly crowded beach in the summer, and therefore to be appreciated more during the autumn season, is the beach of Arco Magno (also known as the Arcomagno) of San Nicola Arcella, in Calabria. The Arco Magno is a small cove halfway between Scalea and Praia a Mare . It is one of those places to see at least once in your life because the natural arch carved into the rock is a real window on the sea and the whole panorama, seen from the beach, is of an incomparable beauty. The beach is composed of both sand and gravel, both gray in color, and can also be reached by land via a path that descends from the promontory (it is therefore advisable to wear suitable footwear). The weather forecast for the weekend of 6 and 7 October 2018 suggests that it will be cloudy on Saturday and that there will be rain on Sunday. Will they be reliable? Read more information about the Arco Magno beach in San Nicola Arcella […]   Weekend by the sea: Punta della Suina beach, Gallipoli, Puglia. If you love beaches with rocks and rocks: the beach of Punta della Suina in the territory of Gallipoli, in Puglia, is the beach you've been looking for. Hyper-crowded in summer and made up of small sandy coves mixed with large rocks where you can lie down. The seabed is low and sloping, therefore also suitable for inexperienced swimmers. Punta della Suina is part of the Sant'Andrea Island and Punta Pizzo Regional Nature Park, a natural habitat of various protected species of flora and fauna. It is one of the most appreciated Apulian beaches for its natural beauty and for its wild nature. The weather conditions for this weekend do not seem the most favorable but it is still one of those beaches that deserve to be seen, even in the rain. Read more information on the beach of Punta della Suina in Gallipoli […] Weekend at the beach: Bagni di Domiziano beach, Porto Santo Stefano, Tuscany. The last destination we recommend for this weekend is the beach of Bagni di Domiziano, on the Argentario, in Tuscany. It is a small sandy beach with a crescent shape and one of a kind. The beach in fact takes its name from the ancient ruins of the villa of the Domizi Enobarbi family, from which descends the Emperor Nero, dating back to 36 BC located a short distance away. On low tide days the cetaria tanks used in Roman times for the breeding of fish are still visible, a few meters from the shore. Ideal beach for water sports like snorkeling. The weather for the weekend? Sunday should be the best day to take a trip to the Baths of Domitian. Read more information about the beach of Bagni di Domiziano in Porto Santo Stefano […]