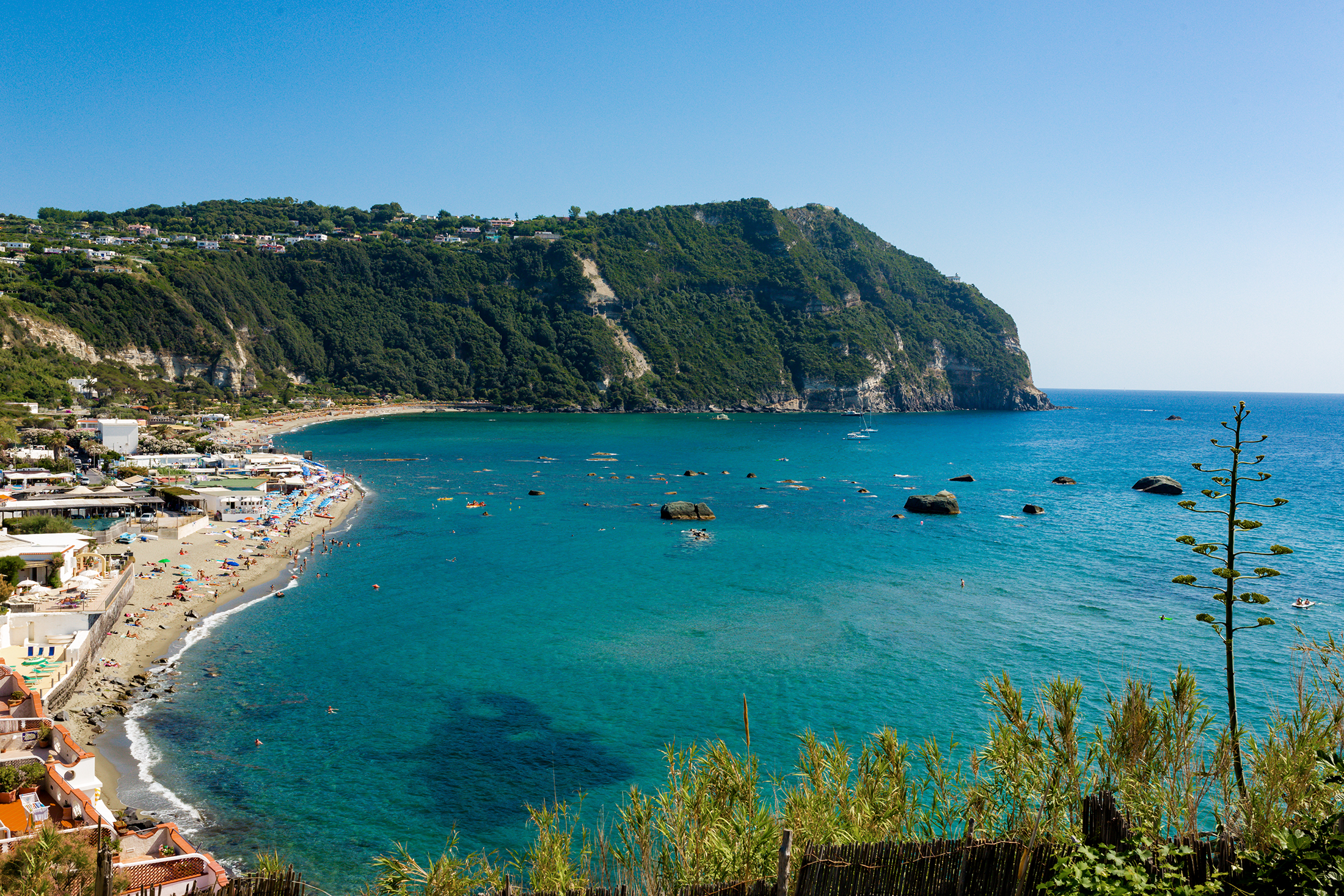 The Citara beach is located in the municipality of Forio, on the island of Ischia, and is one of the most famous of this stretch of coast due to the presence of the Poseidon Gardens, an historic thermal park in Campania. END_OF_DOCUMENT_TOKEN_TO_BE_REPLACED

The beach is protected by the promontory of Punta Imperatore, is of modest size, composed of clear sand of large grain size and mostly given in concession to the bathing establishments. Citara beach is easily reachable both on foot and by car and is one of the busiest in Ischia also because there are so many accommodation and restaurants in the area. Here you can eat excellent fish dishes just a few meters from the sea.

Given its exposure to the west, the Citara beach is one of the most appreciated at sunset as it gives its visitors breathtaking sunsets. A curiosity : the Citara beach owes its name to Venus "Citerea" because it is located in a place dedicated to the Goddess. The ancients believed that the thermal waters of the area had healing properties, especially for female fertility, and were born from the tears shed by Venus for the death of the beloved God Adonis. This is not the only legend that has been handed down to us on the beach of Citara, it is said that the Pietra della Nave, a large rock located in front of the beach, was actually the ship that the Phaeacians used in the Homeric legend to accompany Ulysses on his return to Ithaca and who was transformed into rock by Poseidon to punish the hero of the Odyssey for having blinded his son Polyphemus.