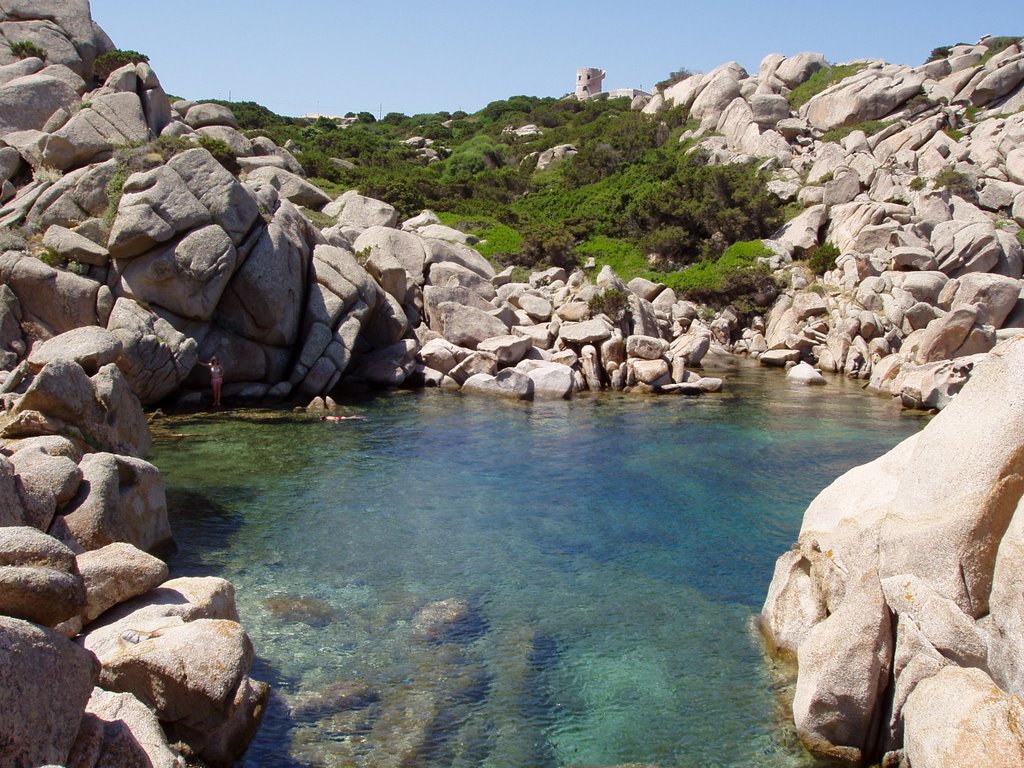 Cala Poltusinu, also known as Poltu Sinu beach, is a rocky cove located in Capo Testa, near the beach of Cala Spinosa in the municipality of Santa Teresa di Gallura, in the province of Olbia Tempio, on the northern coast of Sardinia. This cove is little known and therefore less frequented than the other beaches of Capo Testa, but it is certainly no less romantic and suggestive. The characteristic of Cala Poltusinu are the granite rocks of a thousand shades, smoothed and eroded by water and winds, which emerge from the water, where the sea is of a fabulous intense emerald green color. On the rocky walls that frame this cove, there are all the shrubs that characterize the Mediterranean maquis: lentisk, myrtle, strawberry tree, juniper, broom and rosemary grow wild and flood the air with a thousand aromas. From Poltu Sino beach it is possible to see the white rocky cliffs of Corsica, which descend to the sea, as well as the small islands of Lavezzi and Cavallo . Not far from Cala Poltusinu there are many areas of archaeological interest, such as the remains of the ancient roads on which the Romans passed, the quarries and the submerged Roman columns, which give the sea a mysterious and spectacular appearance, a paradise for diving lovers and snorkeling . In the same area there are areas of high value from the naturalistic point of view, such as the Valle della Luna, the magnificent Cala Spinosa and the poetic Cala Francese. Being a solitary cove, the beach of Poltu Sinu is not equipped with services for guests or refreshment points, present instead in the adjacent localities.