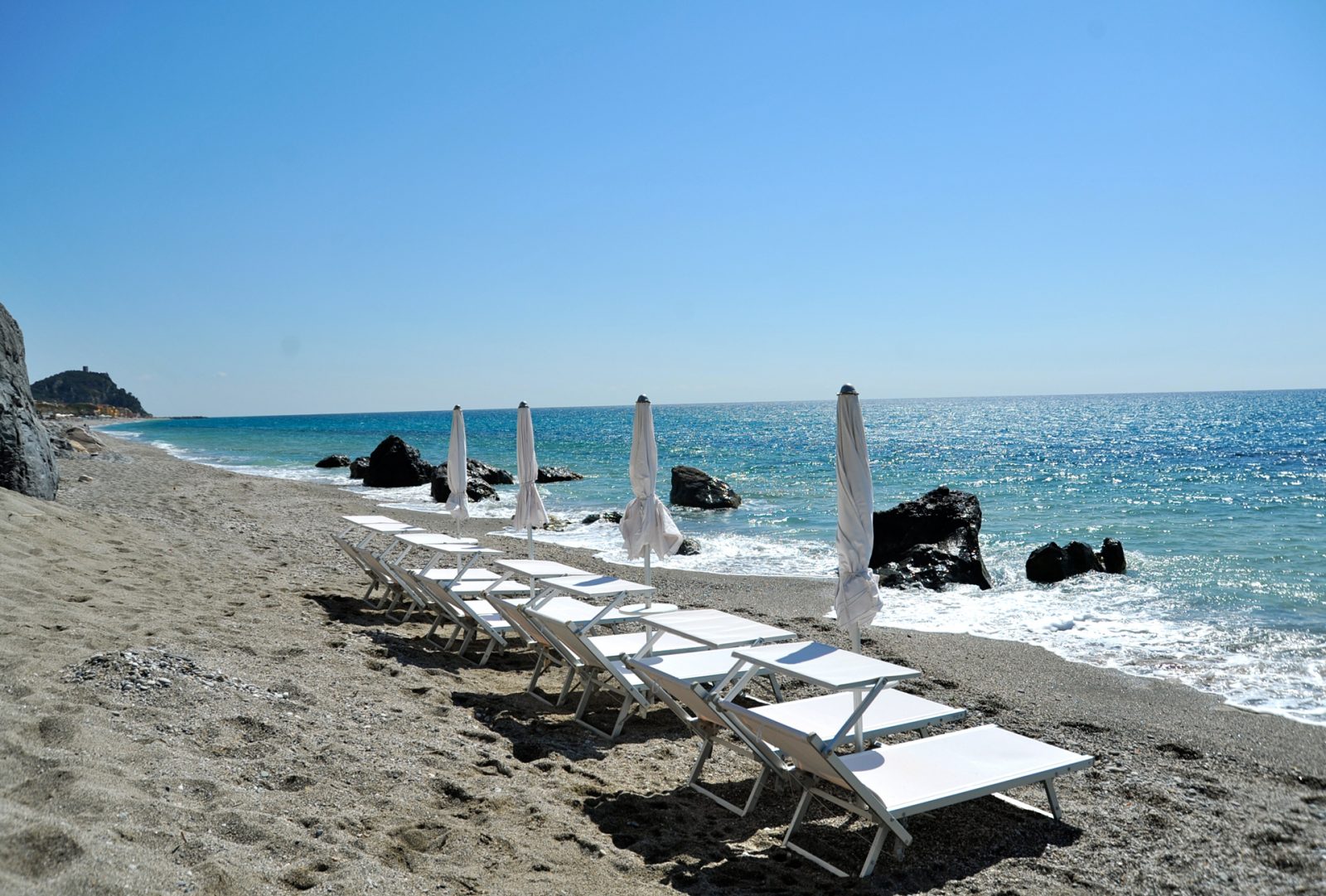 The beaches of Savona are located in the town of the same name, on the western Ligurian Riviera, west of Genoa . Because of the quality of the water and the cleanliness of the coastline, the beaches of Savona have been awarded the Blue Flag since the 2000s, and are considered one of the reference points for summer holidays in northern Italy. Savona has a coastline with over 4 kilometers of beaches, divided among more than 30 bathing establishments and equipped beaches, along with free beaches. The beaches of Savona are mostly sandy, with some rocky areas with rocks and caves. The bathing establishments of the beaches of Savona offer numerous services to their guests, as well as the possibility of practicing water sports and fitness, or enjoying romantic candlelit dinners on cool summer evenings. The city of Savona also has a marina, located a stone's throw from the city center and adjacent to the Via Aurelia. Varigotti Beach Among the most known and most visited beaches in Savona is the Varigotti beach, located in the area of Finale Ligure, and considered the largest beach on the Riviera delle Palme . It is an enchanting beach, wide, formed by sand and surrounded by cliffs covered with thick vegetation. The beach of Varigotti hosts both stretches of free beach, but also numerous bathing establishments and equipped beaches that offer every type of service. Baia dei Saraceni Another enchanting beach that emerges between the beaches of Savona and which is always part of the town of Varigotti is the Baia dei Saraceni, a narrow strip of sand about 400 meters long, with beautiful sea with a thousand shades of blue and sandy bottom and low that slopes gently, thus making this place suitable for families with children and less experienced swimmers. The Baia dei Saraceni hosts both stretches of free beach and bathing establishments. The enchanting backdrops make it suitable for lovers of scuba diving and snorkeling. Natarella Beach The beaches of Savona elect Natarella beach, a free beach about 3 kilometers long and not far from the city center, which also houses a refreshment point, toilets and showers, and a beach volleyball court. The sand is quite thin and of medium color, mixed with gravel, the shallow bottom that slopes gently. The turnout at this beach is never excessive. Zinola Beach The beaches of Savona also include the beach of Zinola on their list, not far from the train station. The beach is made up of fairly thin sand of medium color, with crystal clear and shallow waters, and a gently sloping seabed. The beach of Zinola hosts both free beaches and bathing establishments. Fornaci Beach Among the beaches of Savona we also find the Fornaci beach, which has received the Blue Flag several times for its water quality and cleanliness. The Fornaci beach hosts both equipped beaches and a free beach. The Fornaci beach is much loved by the people of Savona and is never too crowded. They should also be mentioned among the beaches of Savona, several times Blue Flag winners: – Finalpia Beach – Finalmarina Beach – Castelletto di San Donato Beach – Loano Beaches – Pietra Ligure Beaches – Borghetto Santo Spirito Beaches – Bergeggi Beaches – Beaches of Spotorno – Beaches of Noli – Beaches of Varazze