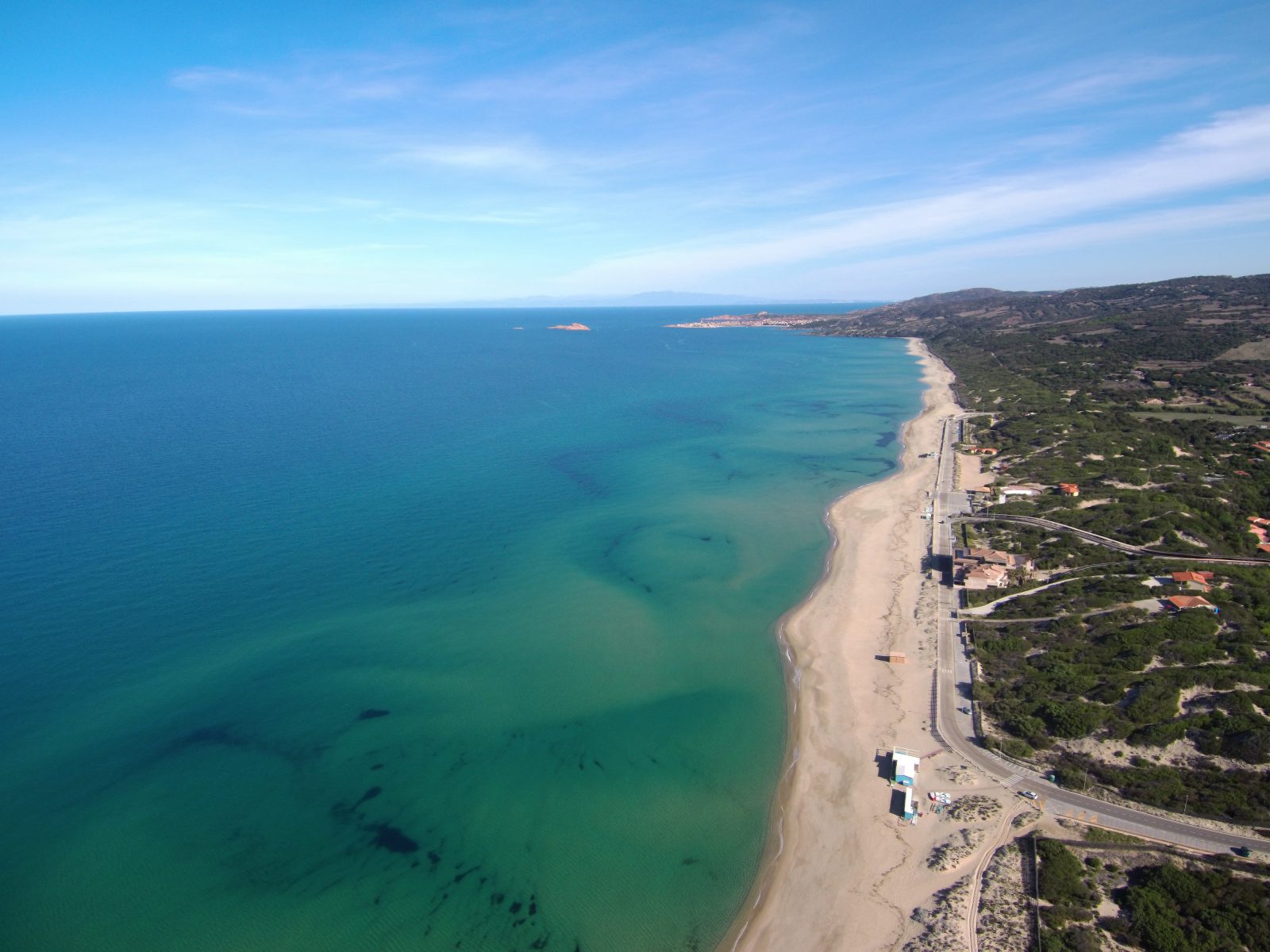 Badesi Mare, also called Marina di Badesi, is a small seaside village in the municipality of Badesi, on the northwest coast of Sardinia, in Gallura, awarded several times with the Blue Flag by the Foundation for environmental education ( FEE ). The beaches of Badesi Mare are a stretch of coast about eight kilometers long and are all connected to each other. Most of them are free beaches but there is still the possibility of renting equipment such as a sun bed, deck chairs and umbrellas. Starting from the North, on the border with Isola Rossa, you will find: Li Feruli Beach, Li Mindi Beach, Li Junchi Beach, Poltu Biancu Beach and Baia delle Mimose Beach. Li Feruli beach has a narrow and long beach, composed of light sand of medium grain size. The sea has an iridescent color ranging from green to intense blue and the seabed slopes down quickly. To skirt the entire stretch of coast of the beaches of Badesi there is a lush pine forest with a long dune complex rich in typical Mediterranean vegetation that separates it from the sea. Li Mindi Beach, also known as S piaggia Lu Stangioni, has the same physical characteristics as nearby Li Feruli. It is frequented above all by lovers of water sports such as windsurfing and kitesurfing, there is indeed on the border with Li Junchi a kitezone where even beginners can take lessons. Li Mindi is one of the beaches that won the municipality of Badesi the blue banner of the FEE. The Li Junchi Beach is the beach that comes after Li Mindi in a southerly direction. It is the longest of the Badesi beaches and is also the one closest to the city center. It has the same physical characteristics as the other beaches and has also been awarded the Blue Flag several times. The Poltu Biancu Beach looks like the others on the Gulf of Asinara but, given its position, it is the one that offers less services to the visitor. The Baia delle Mimose Beach, also known as Pirrotto Beach – Li Frati, name of the hamlet of Badesi, marks the southern border of the town and waves the blue banner of the Foundation for environmental education. It shares the beach with the other beaches and consequently has the same physical characteristics: light sand of medium grain size, dunes and crystal clear sea. However, it is the only one of the Badesi beaches to have an area, about 300 meters, accessible to dogs regularly registered with microchips. DOG-FRIENDLY : on the south coast of Badesi, on the border with Valledoria, at the mouth of the Coghinas River in Baia delle Mimose there is a beach accessible to dogs .