Beach of the Saline of Stintino 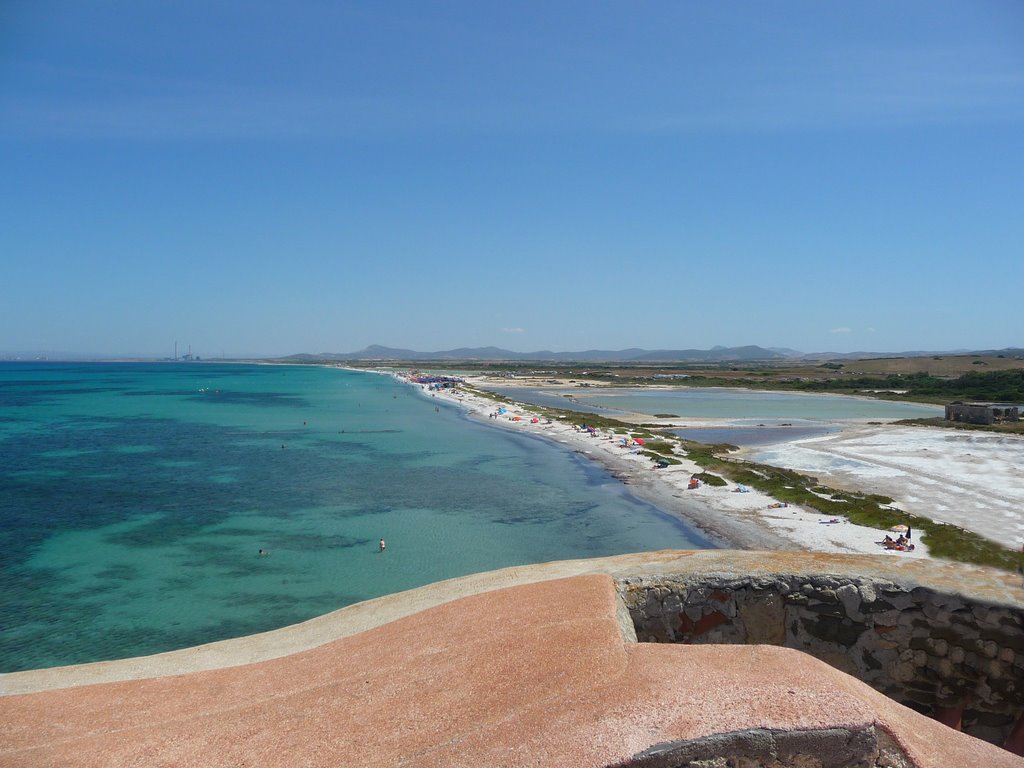 The Saline Beach of Stintino is one of the most appreciated and wild beaches of the Gulf of Asinara, in the north of Sardinia. END_OF_DOCUMENT_TOKEN_TO_BE_REPLACED

The beach is narrow and long and composed of medium sand mixed with small pebbles of white quartz that stand out even more in contrast with the iridescent color of the sea that goes from the turquoise of the shore to the intense blue of the open sea. Although the beach is surrounded by nature there are bathing establishments where you can rent chairs, umbrellas and sun beds as well as equipment for the practice of water sports such as kitesurfing (there is a kite zone dedicated to lovers of this sport on the southern edge of the beach ). Frequented by tourists of all ages and backgrounds, it is particularly suitable for children and those who are unfamiliar with swimming because the seabed, transparent and rich in fish, is low and gently sloping down to become deep away from the shore. Behind the Saline di Stintino beach there are three ponds with specimens of pink flamingo, red heron and kingfisher. The entire area is also included within the "Isola dell'Asinara" Marine Protected Area which aims to preserve the species of flora and fauna that reside in this pristine stretch of coast. A curiosity: on the north side of the Saline beach, near the Tonnara, there is an Aragonese Tower among the oldest in Sardinia and used for defensive purposes during the Saracen raids.